It’s here!  Available now as a stand-a-lone short story on Amazon…to buy or through Kindle Unlimited! 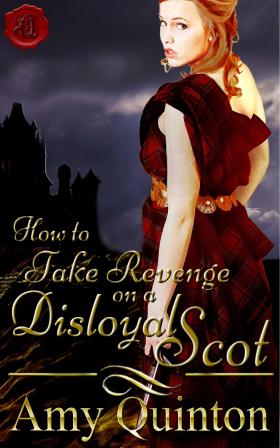 Revenge? Because what else’s a girl supposed to do when she learns the man she loves has found himself a bride?

Probably found himself a bride.

All right according to rumor found himself a bride.

Really, what else could have kept him away for eight solid months? Gambling? He was awful at cards. The Theater? He hated the opera. A political position in Parliament? Ha!

Regardless of his excuses, Jamie Ferguson (the Disloyal-er) was not going to get away with throwing over Wilhelmina Rutherford (the Disloyal-ee) for anything or anyone, especially some nameless London tart.

Ergo, revenge and a cunning-nothing-could-possibly-go-wrong-here plan:

What could possibly go wrong?

*This is a short story and was originally published as part of the Love Is…Winter Romance multi-author charity anthology.

Buy it on Amazon today!